VBP
127 - To-Bo "Gas Terror" pro  CD-R
released
on October 6th  2012
To-Bo
is  one of the most active underground artists in the harsh noise field, with
almost  countless good splits and net-releases produced since 2009. In rare
cases you'll  also find some solo-releases and you can generally notice a
certain conceptual  difference of these to the usual splits. This is also the
case with this album  here, a nicely conceived and executed harsh noise
recording, very extreme and in  parts disturbing, with weird voices mixed into
the harsh sounds every now and  again. A literally terrific 72-minutes journey
through modern underground  extremes, definitely a must-have release for fans of
this artist and admirers of  well-done experimental brutality!
CD-R with black/white sticker
in  CD-sized slim-DVD-case with 4-page black/white layout, limited to 30
copies 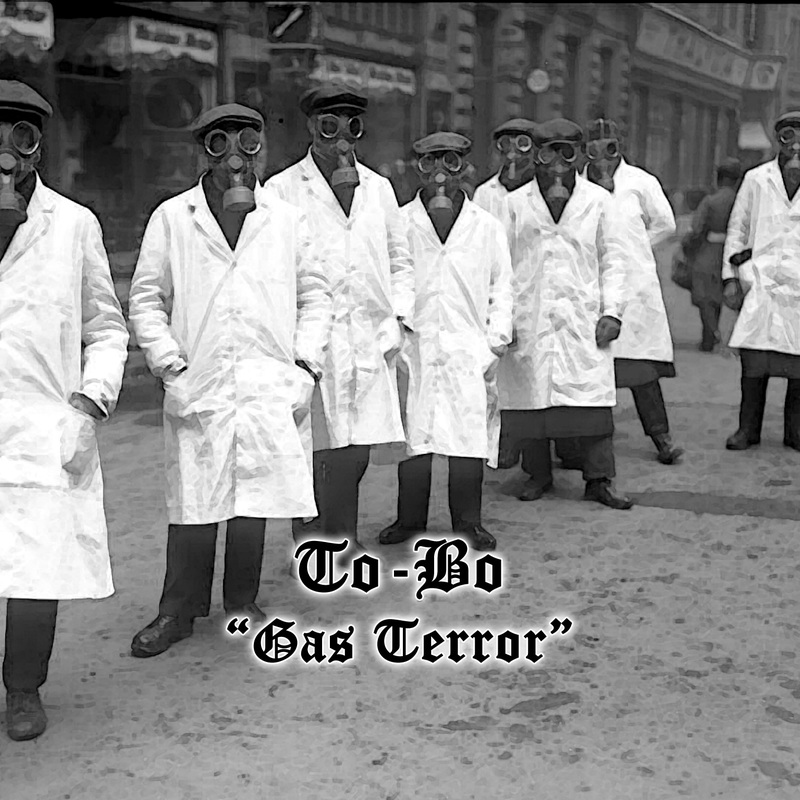